Distributed Denial of Service attacks is growing in size, malice and complexity. To protect against any cyberattacks, Neustar SiteProtect NG offers DDoS mitigation worth 11.8+ Tbps. It enables users to maintain their online presence and reduce the chances of theft. Neustar DDoS Attack Protection web application firewall is of great help to the marketers, as it allows the right messages to be sent to the right people and at the right time through its state-of-the-art data analytics and modeling feature. The software also aids users to control their online identity, registration and protection of their domain name, routing traffic to the correct network address.

Neustar DDoS Attack Protection is capable of stopping the most massive cyber-attacks and keeping your infrastructure protected. The software provides cloud-based DDoS protection through DNS Redirection.

DNS Redirection: If a DDoS attack hits your website, the best option is to redirect your traffic via the UltraDDoS Protect Cloud. You can do it through a quick DNS change. It doesn’t require any special setups and is best for protecting a fewer number of websites and hosts. Following are the ways how DNS Redirection works:

DNS Redirection is a quick and effective way to stave off DDoS attacks along with customized mitigation. However, you can choose BGP Redirection as well for cloud-based DDoS Protection.

The pricing of Neustar DDoS Attack Protection is available on the request of customers. You can send us a callback request.

The on-premise solution offered by Neustar DDoS Attack Protection features Arbor Networks equipment for monitoring, local mitigation and management. The Neustar Security Operations Center monitors the threat and staves off attacks by flexibly shifting defenses while the enemy probes your network. Some of the characteristics of On-Premises DDoS Protection are:

The software runs exclusively on Windows and is available on the desktop version.

Users get access to web-based traffic reports via DNS Redirection where the traffic generated flows through the UltraDDoS Protect Cloud. They can generate reports on the incidents and the actions undertaken when the attack ends.

DNS Redirection results in traffic flowing through the UltraDDoS Protect Cloud. The bad traffic gets filtered by NSOC DDoS mitigation professionals while the good traffic flows to your infrastructure.

We Love to hear from our buyers

If you have the solution already, why not share your thoughts and help others and make the right purchase

The on-premise hardware of Neustar DDoS Attack Protection acts immediately and automatically to mitigate any kind of cyber attacks. The managed cloud failover minimizes the chances of any larger attack that might cripple your applications.

How does Neustar DDoS Attack Protection protect its users against all sorts of attacks?

UltraDDoS Protect Hybrid blends equipment from Arbor Networks and other top providers to protect against all sorts of attacks across your entire web infrastructure.

Can I get a live demo of Neustar DDoS Attack Protection?

Yes, Techjockey does provide an online demo for Neustar DDoS Attack Protection based on the preferred date and time of the user.

In order to provide cyber protection throughout, the software uses the Pravail Protection Availability System from Arbor Networks. Pravail appliances have a capacity of 500 Mbps to 10 Gbps inspected throughput and are built to stave off 4 to 7 attacks immediately. Additionally, it is fine-tuned to the services it defends, thus minimizing the false positives and negatives.

Is there a mobile app for Neustar DDoS Attack Protection?

No, there isn’t any mobile app for Neustar as of now.

Submit your mobile number to get discount code! 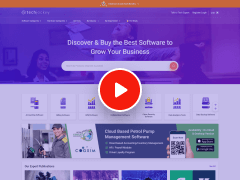 Add your email & phone number to receive this video and weekly newsletter.